The Beaches of Bohol

Bohol is blessed with a number of marvelous white beaches, which just await to be discovered and enjoyed.

Alona Beach is one of the famous beaches on Panglao island. Located at the Southwest of the island, this beach is about one and a half kilometers long, lined with nice resorts, which are great to stay for a some time, a number of well equiped diving establishments and pleasant places to eat out, if you do not want to eat at your resort's restaurant for a change. 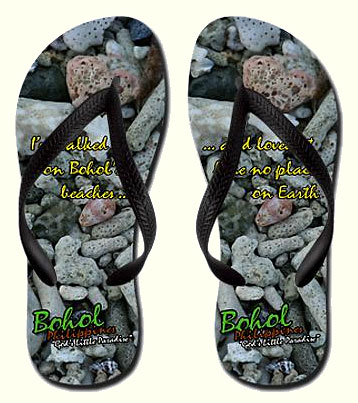 Probably the only drawback of the beach are the large numbers of sea urchins that inhabit the water, starting some twenty or thirty meters out of the coast. You will just have to be careful when wading.

Don't forget to bring your snorkeling equipment. When you swim about one hundred meters off the beach, you will reach the edge of the 'house' reef, at between three and five meters deep, and thus can be easily observed even without scuba equipment. If you are into scuba diving, though, don't forget to have a few dives here as well, as it is certainly worth it, not bad at all, even compared with the reefs the boats will bring you to.

Dumaluan Beach, also on the south of the island, is about two and half kilometers east of Alona Beach. Here you will find some of the more exclusive beach resorts of Bohol, such as the Bohol Beach Club.

Bikini Beach is about eight kilometers from Tagbilaran, and hence a popular location for local pick-nickers.

Momo Beach is on the north side of Panglao. This again is a shallow beach.

Doljo Beach (pronounced 'Dolho' beach) is on the Northwest of the island, not far from Momo beach, and is also a nice beach, mostly free from sea-grasses. This beach is known for the beautiful sea shells that can be found here.

Between Tagbilaran and Anda.

Between Anda and Lapinin Island.

Between Lapinin Island and Jeta Fe.

Between Jeta Fe and Tagbilaran.